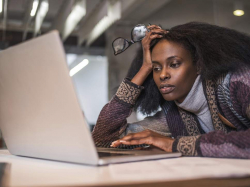 Households that allow contracts to expire paying an average of Â£53.40 more annually to persist with standard packages when faster alternative available

As many as four million UK broadband customers are paying more than they need to for their internet connection, staying with standard providers after their contracts expire despite 95 per cent of consumers living within range of faster, more reliable fibre networks, research shows.

One in three consumers are currently not on a contract because it has expired and are paying an average of Â£53.40 more annually to persist with standard packages when a fibre connection could ultimately prove cheaper and deliver faster speeds, according to the research carried out by price comparison site uSwitch.com.

In total, Â£222m is being needlessly squandered on expired standard broadband contracts every year, uSwitch says.

While fibre contracts are on average Â£6.25 per month more expensive than standard packages, the sudden up-tick in charging when contracts expire is far more severe with the latter option.

Standard subscribers can face a price jump of as much 51 per cent after expiration, comparing unfavourably with the 31 per cent increase typically seen by those with fibre deals, according to the website.

In the worst case scenario identified by uSwitch, subscribers to Skyâs standard Unlimited Broadband saw a 98 per cent jump in charging when their original agreement ends – although the hike is inflated in this case as it relates to customers who had taken up a special introductory offer in the first instance.

Ofcom is currently considering whether to order BT to reduce the wholesale price the telecoms giant charges providers for access to its superfast Openreach network by Â£20 a year.

If the ruling is given the go-head, fibre customers should see the saving reflected in their bills, a further incentive for those considering switching their allegiances to do so.